Sometimes you find yourself in a situation where you have MacGyver yourself a piece of equipment. Today I’m discussing three DIY flash modifiers you can make in a matter of seconds in the event that you find yourself without your professional diffuser/modifier.

Please note that these options are not intended to replace a professional diffuser or modifier. They’re most likely one time use items, but, in a pinch, they can be helpful. And it is better to know what to do as opposed to finding yourself fumbling for ideas.

I tested these three DIY lighting modifiers. Ugh, I don’t want to use the word ‘hacks’ – as you might have noticed from my sarcastic tone in the video. I tested all of these DIY tricks against an FStoppers Flash Disc – if you want to pick up one or two of those, I highly recommend them (and I’ll be doing a review on it and some other pro modifiers soon) – click here to check this product out on Amazon. 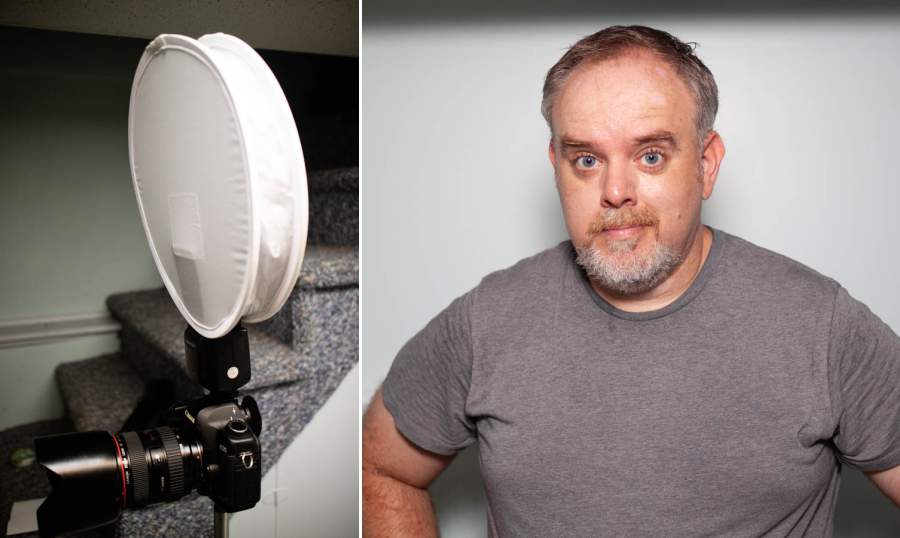 It’s a great little modifier. From 8 feet away, you get a nice even light with minimal shadows around the head (the wall is about 8 inches behind me).

Yes, you can use an envelope as a DIY modifier on your flash. Now, be sure you don’t use a security envelope because those are designed NOT to let light through them. Also, over the years as flash units have gotten slightly bigger, regular envelopes might not fit easily over the head of your flash.

To make the modifier, cut one of the short ends of the envelope open then seal it. It’s a ready made little tent that will slide right over your flash. You can choose to secure it with a piece of tape if you want, but unless you’re moving around a lot, it’s not going to fly off. 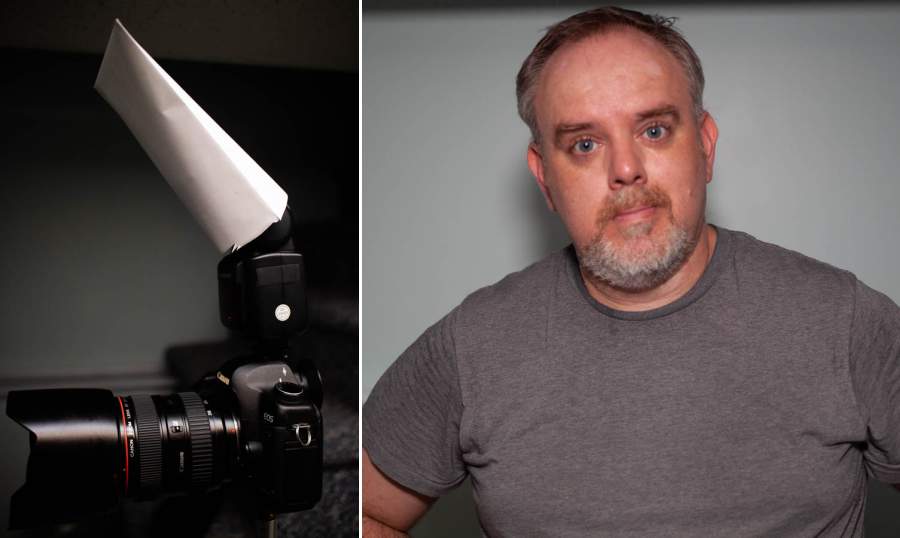 As you can see, while the light is evenly distributed, it’s a little bit darker. That is probably entirely due to the weight of the paper. If I were using this at an event or shoot for some reason, I would up my flash power compensation by one stop.

Need a quick and cheap light modifier/shaper? Grab a piece of white paper – not construction paper, regular printer paper! You will need a piece of tape for this one since you will need it to secure the piece of paper to the flash unit. 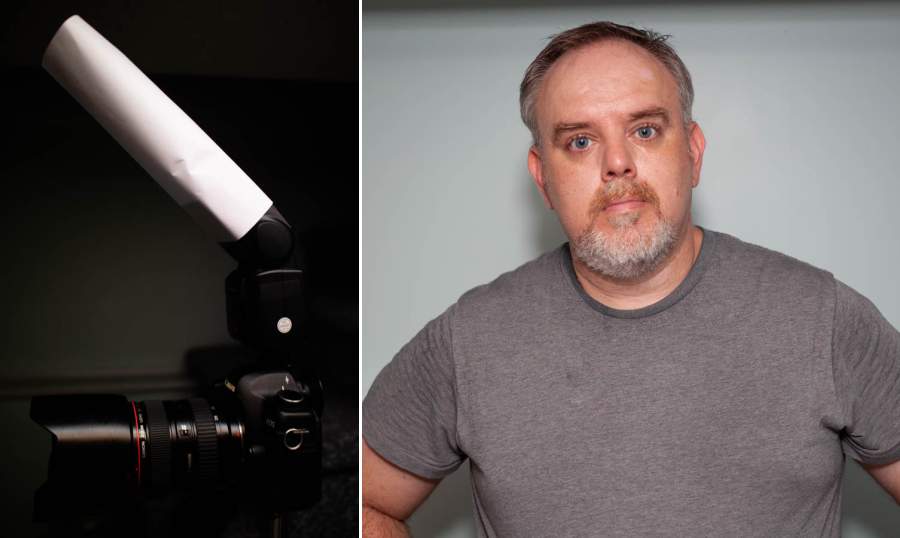 Slightly harsher shadows that the Flash Disc but overall good, even light. Leaving the end open allows for more light to escape the end to be used for bounce.

If you want to further control the light, tape the end of the paper modifier shut. This will reduce the amount of bounce you get. 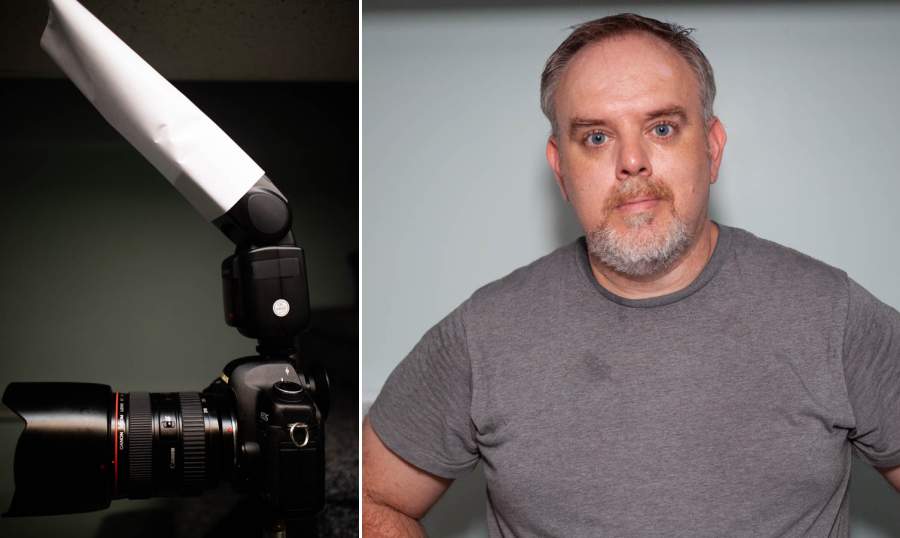 Notice that the shadows around the head are a little more pronounced (from there not being as much bounce light) but we still have very even lighting.

Have you ever used a DIY lighting hack?

Tell me about it in the comments below. I’d love to hear about it, and maybe I’ll test it out for everyone to see!

How to Learn Lighting and Composition for Free